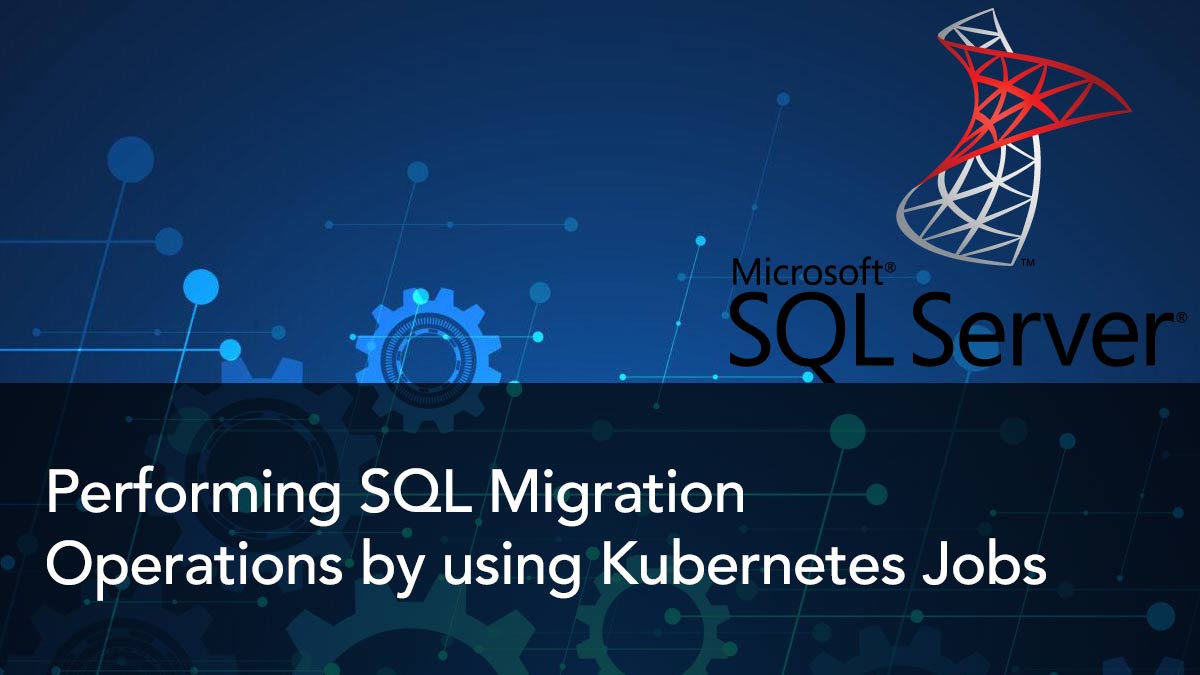 As technology is constantly evolving and changing, the database schema of the application, that we work in, can also change with each new feature we implement. Therefore, we need to follow a migration strategy. In this way, the changes, that will be performed on domain models, can also be applied to the database schema.

In this article, I will try to show how we can perform migration operations of our applications on kubernetes environment by using kubernetes jobs.

I will use Docker Desktop’s Kubernetes feature as the development environment.

Let’s Take a Look at the Sample Project

First of all, let’s take a look at the sample project which I prepared using .NET 5 and EF Core to demonstrate migration operations.

I created a console application called “Todo.DbMigration” to perform migration operations separately from the main application. Here, I simply implemented the “IDesignTimeDbContextFactory” interface using “TodoDbContext” that locates in the “Todo.Data” library.

The db context in the “Todo.Data” library is as follows.

To create the initial migration, I ran the following command in the root directory of the project.

If a pod created by a kubernetes job does not fail and exits successfully, the related job is considered as completed. We can check this by querying the “completion” status of the job we deployed.

In short, a kubernetes jobs are very useful especially for scenarios such as batch or migration.

I prefer to use helm for deployment processes because it increases productivity and provides reusability and standardization. That’s why we will use a helm chart for the job deployment.

First, we need to create a job helm chart template.

Now let’s go to the “helm-charts” path in the root folder of the project and create an initial helm chart template with the following command.

Then, we need to delete all the remaining files in the “templates” folders of the chart except “_helpers.tpl“.

Now we can define “job.yaml” file under the “templates” folder as follows.

The parts we need to take into account here are restrartPolicy and backoffLimit. I set these policies to “0” and “Never” because I don’t want the pod/container to get restarted in case of any success or failure for operations such as migration. (Of course, this is also not guaranteed in some exceptional cases) Otherwise, the job will try to restart the failed pod again and again since the “backoffLimit” is set to “6” by default.

Also with this configuration, it will be easier for us to find out what caused the problem.

So the helm chart template is ready. Now, all we have to do is to containerize the sample project with the “mytodoapp-migration:v1” tag.

We will use the Dockerfile which I prepared in the “Todo.DbMigration” project.

Now let’s containerize the migration application by running the following command in the root folder of the project.

Deployment of the Job

Now we can perform the deployment process since we have containerized the sample migration application.

For this, we need to run the following helm command in the “helm-charts” path.

So the migration application has been deployed.

What we can do now?

First, let’s check if the job is successfully completed.

As we can see, we can check whether it has been successfully completed or not by looking at the “COMPLETIONS” status of the migration application.

If any error occurred, we could also track the problem by looking at the logs of the corresponding pod created by the job.

When we check the migration result by connecting to SQL Server, we can see that the related migration has been successfully applied.

We also mentioned that a job is not automatically deleted when it is completed. To perform the deletion operation, we can use the following standard helm command.

Well, let’s say we want to make these processes automated. For example, we are using Azure DevOps and we want the relevant migration job to get deleted automatically after successful completion.

To do this, we can use the “wait” command of “kubectl“. In other words, before deleting the relevant job, we need to wait for it until it is completed.

We can do this with the help of the command below.

As we can see, the relevant task will be kept for the duration of the timeout until the condition we specified is met.

Unlike other pod controllers, a kubernetes job provides us a way that we can run one-time operations. We tried to simply take a look at how we can carry out operations such as migration in this way.