Nowadays with the increasing use of cloud-based systems, serverless architecture is a great concept that has been talking a lot about itself over the last a year. In today’s age while technology evolving and changing rapidly, sometimes all we need is just a function, especially when the “time to market” term is important. So, in this article, we will take a look at serverless(Function-as-a-Service) concept, and then develop a sample serverless API backend on Kubernetes with Fission serverless framework.

It is actually an architecture based on the ability to run a single function or applications without any server configurations or management things and even error management especially when the scalability is important. In short, we can say everything can be used as a service. So, in other words, the paradigm of serverless computing is based on the ability of the temporary short-running computation units which are opened on demand(event-driven) to complete a request and then to shut down oneself unlike of long-running virtual machines.

For example, the feature that users can add products to their favourite list is one of the essential features of e-commerce websites. This feature usually has an add, remove and list function. We can think of these three functions as a separate function which will be triggered by an event.

As a developer, it is great to be able to run a code, that we have developed, on-demand with a serverless architecture without having to maintain a backend server, sounds good, isn’t it? However, if you are a public cloud user, the best part is that you are being charged as much as you actually use it.

Of course, a well-built structure is necessary.

First I want to mention a few points that we should pay attention to in serverless architecture.

What Do We Have To Pay Attention To? 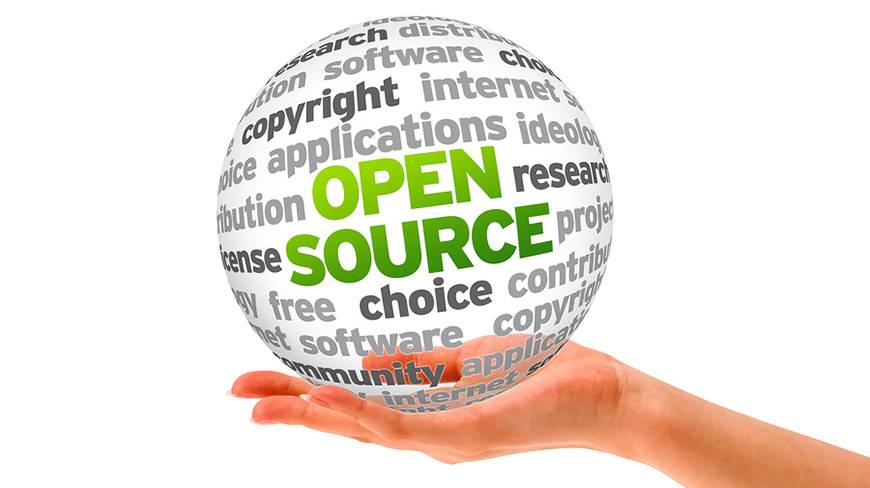 We mentioned the concept of serverless a bit. I have not mentioned much more details on this topic because there are many wonderful articles on the internet.

Well, we have mentioned that providers like Azure, Amazon and Google provide the necessary infrastructure for using serverless architecture to us. Also in this article, we mentioned that we will develop a backend API with fission serverless framework on kubernetes.

Now I would like to mention a bit about open-source serverless frameworks that are alternatives to Azure Functions, Amazon Lambda ve Google Cloud Functions.

In the open-source world, there are wonderful alternative frameworks such as Fission, OpenWhisk and Kubeless. I guess the best part of these frameworks is that they are cloud provider agnostic. For example, fission and kubeless can work wherever that kubernetes can work. Public cloud, private cloud or your own laptop, it doesn’t matter, you can run it everywhere you want. Open-source serverless frameworks provide us a wider third-party integration area and freedom according to commercial providers.

In the open-source world, there are wonderful alternative frameworks such as Fission, OpenWhisk and Kubeless. I guess the best part of these frameworks is that they are cloud provider agnostic. For example, fission and kubeless can work everywhere where kubernetes can work. Public cloud, private cloud or your own laptop, it doesn’t matter, you can run it everywhere you want. Open-source serverless frameworks provide us a wider third-party integration area and freedom according to commercial providers.

An open-source or a commercial option is entirely up to you. Since serverless architecture provides an effortless way to achieve the solution without extra effort and expensive infrastructure, it’s a tradeoff for companies those attracted by it.

Fission is an open-source serverless framework that provides a high-level abstraction layer for kubernetes. As I mentioned in the above section, the best part of fission is that it can work everywhere where kubernetes can work. Fission has a wide environment such as “Python”, “Go”, “.NET”, “.NET 2.0”, “NodeJS”, “Perl” and “Ruby”.

Fission has a built-in pre-warm up mechanism to speed up the startup time of functions. To provide this, it maintains “warm” containers which contain small dynamic loaders. At the time of cold-start, it selects one of the “warm” containers and loads the corresponding function. Thus, cold-start latencies are about “100msec“. You can reach detailed information from here. 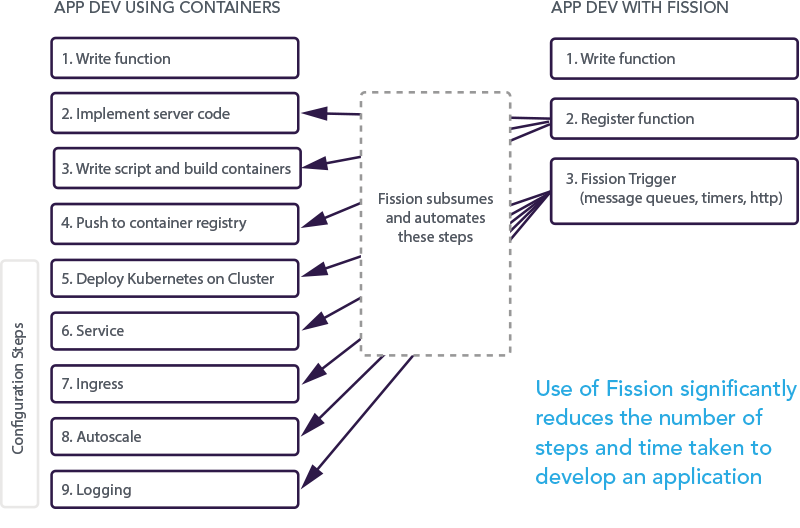 Let’s take a look at a general concept of fission before we start using it.

Let’s have a look at some code examples now.

After the kubernetes cluster installation, we need to install also “Kubernetes CLI“, “Helm” and “Fission” sequentially. You can follow the installation steps from here.

NOTE: When completed the installation steps, make sure that the example in the “Run an example” section is working.

Now let’s take a look at the part of how we can create and deploy a function with fission in the simplest way. Well, first create a .NET Core 2.0 environment on the fission called “dotnetcore-env” with the following command line.

NOTE: It is possible to specify CPU and memory resource limits while creating an environment. E.g: “–mincpu 40 –maxcpu 80 –minmemory 64 –maxmemory 128“

.NET Core 2.0 environment of fission includes Kestrel and Nancy to perform host operations, it also includes Roslyn to compile functions which will be uploaded.

Let’s open VS Code and then create a class called “FissionFunction” as like below.

The built-in .NET Core 2.0 environment can work with a convention like above. I mean we need to create a class called “FissionFunction” as like above, where the “Execute” method takes place.

If we look at the “FissionFunction” class that we have created, we are accessing values from query-string via “context.Arguments” object. It is also possible to access values that coming from the Body via “context.Request.Body” stream.

Now we need to define the “FissionFunction” class which we have created, as a function on fussion as follows.

With the above command line, we have defined a function called “addition” that uses the “dotnetcore-env” environment and will execute the “FissionFunction” class.

Now we have to create a trigger to execute the “addition” function. To do this, we need to run the following command line.

We created an HTTP trigger to run the “addition” function when the URL “http://localhost/addition” is triggered.

The result is above. The HTTP trigger triggered the “addition” function and then executed the “Execute” method in the “FissionFunction” class.

In our example, we have created a basic function using built-in .NET Core 2.0 environment that fission provided us. Well I guess, I can hear the question about how we can create a function when we will be faced different needs. I mean, maybe we might want to use a few different NuGet packages in a function.

Unfortunately, the disadvantage of fission is that it does not support multiple file feature for “compiled languages“. In such situations, instead of environments that are provided as built-in, we can create our environment (docker image) in an easy way using this project.

Once we have created our environment, all we need to do is to use it as follows.

FaaS is one of the rare topics that excited me in recent times. I think, to create short-lived functions and write small code pieces, to reduce the wasted time and extra effort for infrastructure operations are especially important in today’s age, while technology evolving and changing rapidly. Open-source serverless frameworks like fission are more attractive for me because they are provider agnostic. I have not seen much usage of FaaS in places where I am involved, but It is good to see that cloud providers are investing in this topic. I guess I will be seeing more usage of FaaS in future. I hope. 🙂